The Legion of Mary is a lay apostolic association of Catholics with well over three million active members in almost every country of the world. It has been active in the United States since 1931 and was endorsed by the Second Vatican Council.  The main purpose of the Legion of Mary is to give glory to God through the sanctification of its members.

A Mission of Prayer & Service

Members become instruments of the Holy Spirit through a balanced program of prayer and service.

Members meet once a week for prayer, planning and discussion in a family setting.  Then they do two hours of work each week under the guidance of their spiritual director.  Visitation of families, the sick and the lonely, catechesis, and helping with other parish activities are ways in which legionaries participate in the life of the parish. The Servant of God | Frank Duff

Frank Duff, born in Dublin, Ireland on June 7, 1889, entered the Civil Service at the age of 18.  When he was 24 he became part of the Society of St. Vincent de Paul where he worked with the poor and underprivileged.  At the age of 32, Frank founded the Legion of Mary and heroically guided the ministry until his death on November 7, 1980.  He was a lay observer at the Second Vatican Council who possessed an insight into the role of the Holy Spirit and the Blessed Virgin Mary in God’s plan for Redemption and how the laity could assist in this plan.  His cause for Beatification was introduced in June 1996.

We are now meeting in-person!
When: Tuesdays at 7:00 pm
Where: Teacher’s Lounge, Nativity School 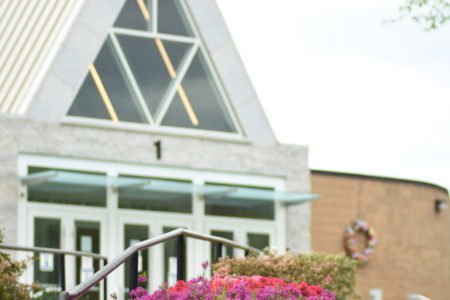 If you have any questions, please email

The Legion of Mary
at Nativity Catholic Church
[email protected]